The Leicester Islamic Academy (LIA) is one of the oldest independent Muslim schools in Britain. It was established in 1981 as an independent Muslim school and started with just seven girls of secondary age. Operating from the first floor of the Jameah Mosque – one of the main mosques in Leicester, it quickly gained support from the local community. The school rapidly grew in popularity and soon needed bigger premises. In 1991 a group of local business people got together and, again with the support of Leicester’s Muslim community, purchased the current premises at 320 London Road. A few years ago, a sports hall, new offices and three new classrooms were added to the school to cater for the rising number of students.

At that time the LIA was providing education for over 700 pupils aged 3 – 18. In 2007, the secondary school was granted Voluntary Aided Status and the secondary boy’ and girls’ school moved into a state of the art school on Evington Valley Road and is called Madani High School & Community Centre. 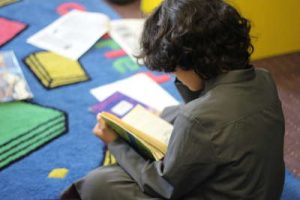